Here is an example of a part to be produced with the technique of hot forging.

Starting from the CAD of the part to be produced, we add the burr which is inherent in the manufacturing process. On the burr, we create a clearance that will accommodate the excess material resulting from the shock of the slug or the blank.

Contextualization of the blank that will be crushed in the tooling.

Definition of the mathematical surface of the joint plane which will separate the two half-tools: the matrix and the punch.

We drown the part and its plane of joint in a block of steel. By a Boolean subtraction, we remove the volume from the piece to the steel block which is then cut in half with the surface of the joint plane. We thus obtain two half-blocks containing the hollow shapes to be produced. Recovery of the die (low and fixed part of the tool) resulting from the opening of the tooling. 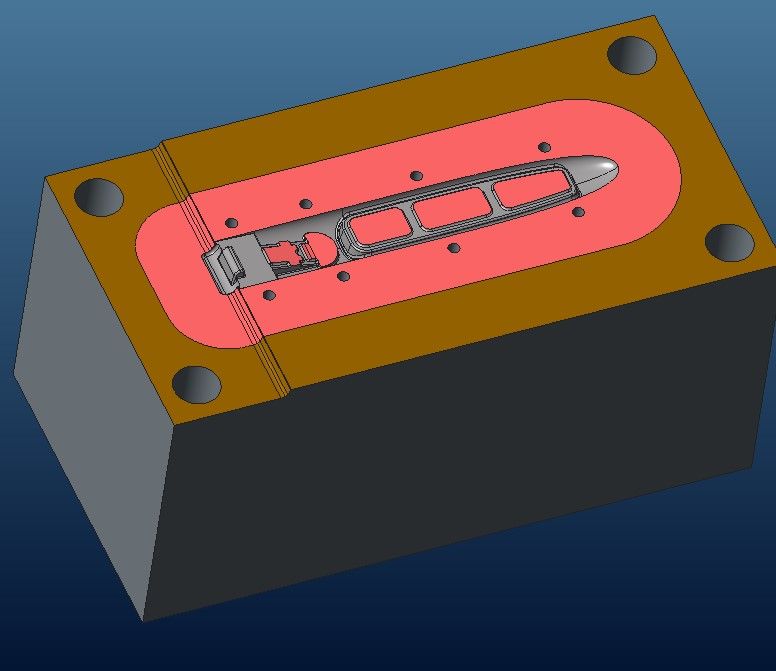 Same for the punch (high moving part of the tool). 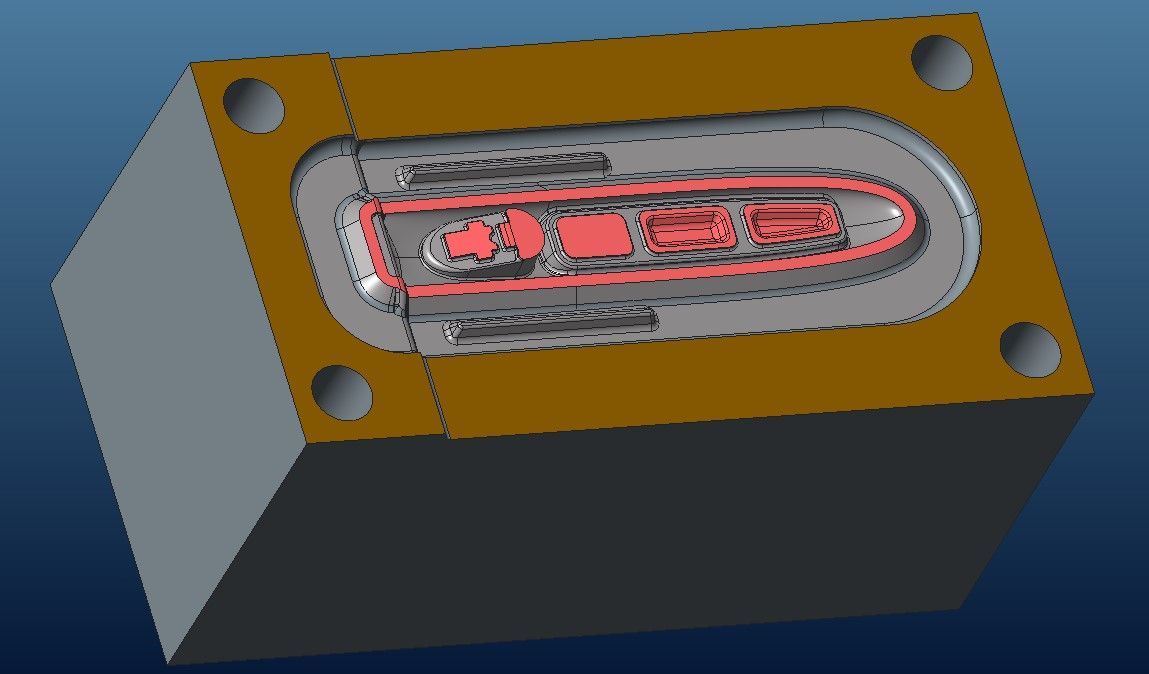